The Massachusetts Division of Fisheries and Wildlife and Berkshire Natural Resources Council are seeking Proposals to document the presence and extent of Large-leaved Goldenrod (Solidago macrophylla), a plant species listed as Special Concern in Massachusetts, in three areas in northwestern Massachusetts. This Request for Proposals is intended to improve Natural Heritage’s understanding of the species.

Solidago macrophylla is an iconic rare plant species of the higher elevations in the Northeast. In Massachusetts, this species is known only from northeastern Berkshire County and northwestern Franklin County at high elevations (above 2000 ft.) It is typically observed in cool, moist conditions, though it tolerates both full sun and full shade. In an effort to protect the biodiversity of the Commonwealth, Massachusetts Natural Heritage and Endangered Species Program (NHESP) is seeking proposals to survey populations of S. macrophylla in three locations:

NHESP, through a partnership with BNRC, has allocated up to $5,000 for completing these surveys. 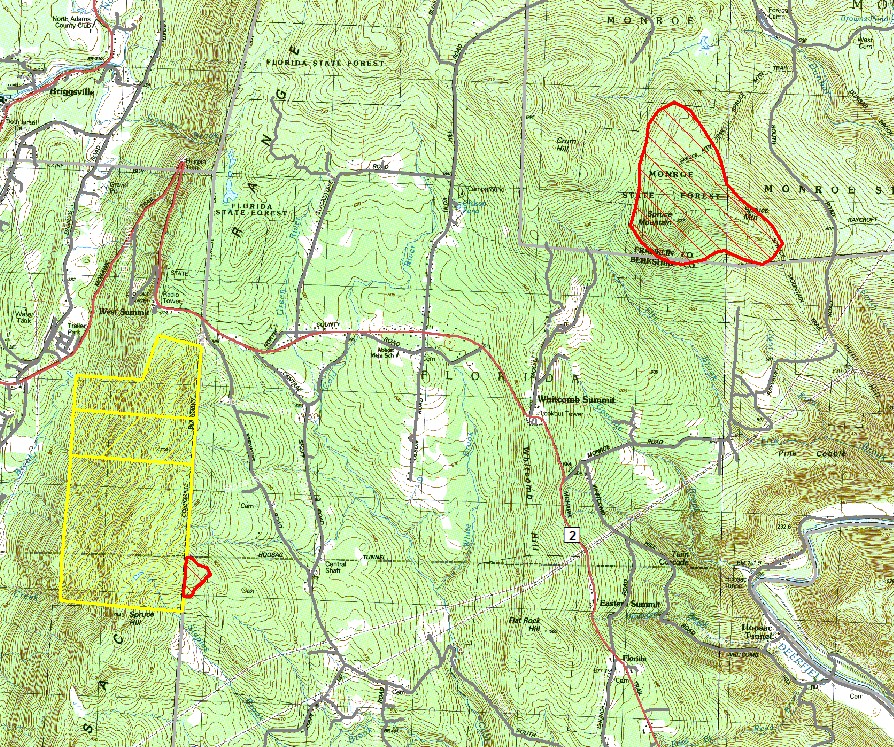 The awarded researcher will develop a survey protocol to document the population of Solidago macrophylla in locations marked in red (primary) and yellow (secondary) on Figure 1. The project shall be completed during the summer of 2019 and conclude, as indicated by the submission of the Final Report, by December 16, 2019. Specifically:

Instructions for Submission of Responses:

Please provide the following information in your proposal:

Instruction for Submission of Responses: