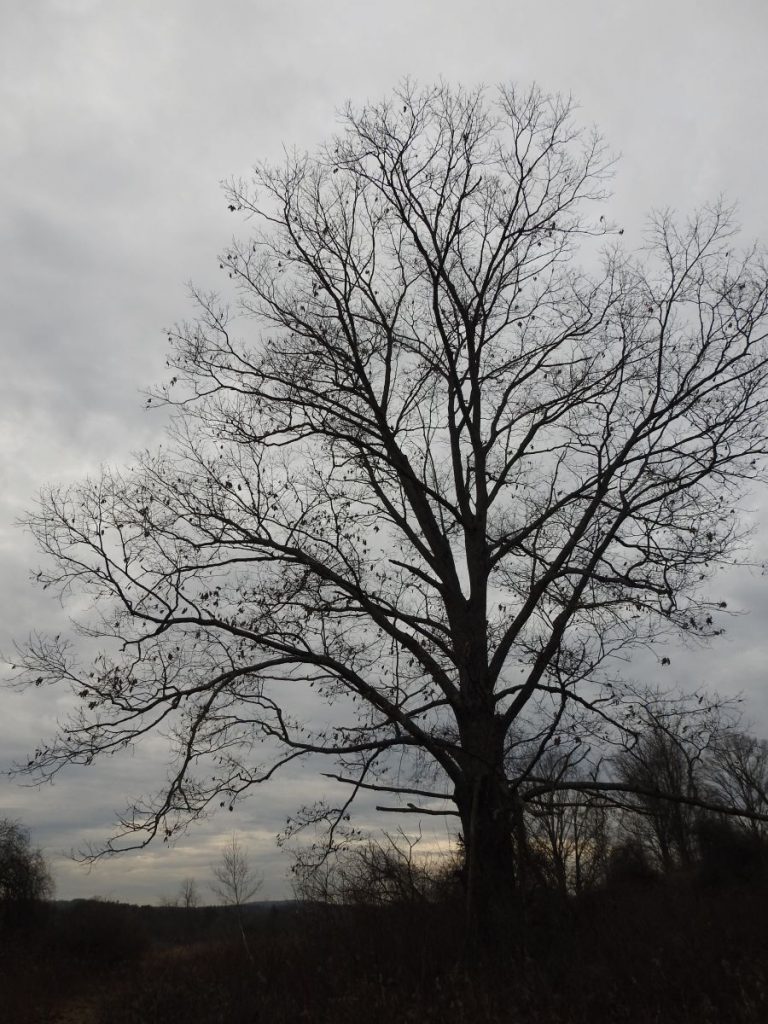 During the early 19th century a vast portion of the New England landscape was cut and cleared for agricultural use. At the peak of deforestation, 60 to 80 percent of the land was cleared for pasture, tillage, orchards and buildings. However, some trees remained in pastures as shade trees for livestock, along boundaries, or grew later along rocky outcrops and fences.

During farm abandonment, primarily from the mid 19th century to the early 20th century, pastures and fields developed rapidly into forests and the old, wide-spreading pasture trees were encircled by young trees. Many of these older trees are still prominent features of our forests and are commonly known as wolf trees. This terminology came from foresters in the late 20th century who believed that the wide-spreading, old trees were exhausting forest resources and should be eradicated to make way for profitable wood, much as wolves had been eradicated from the landscape because they were viewed as harmful predators that exhausted forest resources.

As forestry practices transitioned to more integrated methods, the perception of “wolf trees” began to shift. Today, best forestry practices reflect the need to keep many of these pasture trees in the landscape because they are very important to wildlife.

These giants provide a location for animals to communicate via scent marking, and have attractive features like large limbs, decaying limbs, wide branching patterns, wrinkled bark, and cavities. The relatively young surrounding forests don’t have these diverse characteristics, proving that these relics from another time are truly anchors to the forests we experience today.

Like the wolf trees now being appreciated for all their contributions to ecological health, the wolf is also being more deeply understood and appreciated.

For further reading about this topic visit northernwoodlands.org/articles/article/a-place-for-wolf-trees.