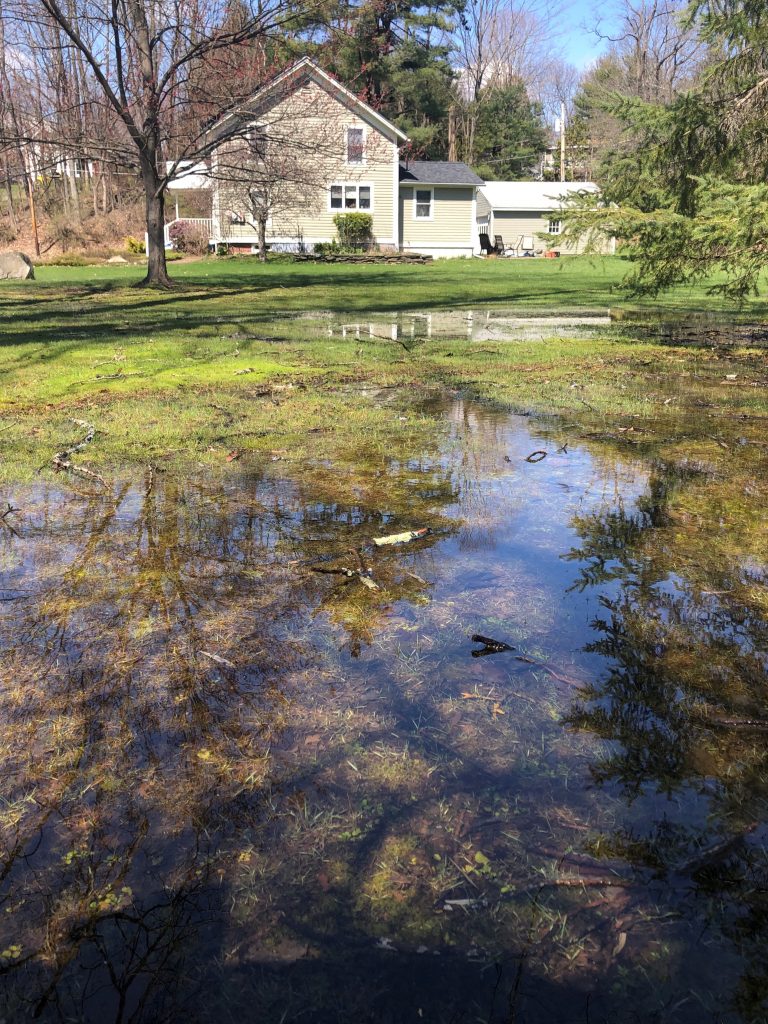 How do you know if you have a vernal pool, or just a puddle? My backyard, just under an acre in the hilltowns, has been flooded almost nonstop since we moved in last November, though the previous owner assures me that it will dry up by the end of May.  Observing the soggy mess, I wondered how I might tell the difference between an ordinary puddle and a real vernal pool? I often encounter areas of standing water on my various walks and hikes, so I set out to learn how to tell the difference so I’d know what to look for, both in my yard and out on the trail.

MassWildlife’s Natural Heritage & Endangered Species Program (NHESP) oversees the certification of vernal pools in Massachusetts, and their website is a wealth of information – it has maps, species lists, and explanations of the ecology of these important habitats.  I quickly learned that the key feature of vernal pools is that they are wet for long enough that amphibian species can reproduce and hatch out, but not long enough for fish to establish a population and eat the amphibians. Their ephemerality is exactly what makes them so valuable, especially to species that are threatened or of special concern, like the blue-spotted salamander .

The NHESP website outlines the process for identifying and certifying vernal pools – anyone can do it, though it is strongly recommended that you have permission from the landowner. 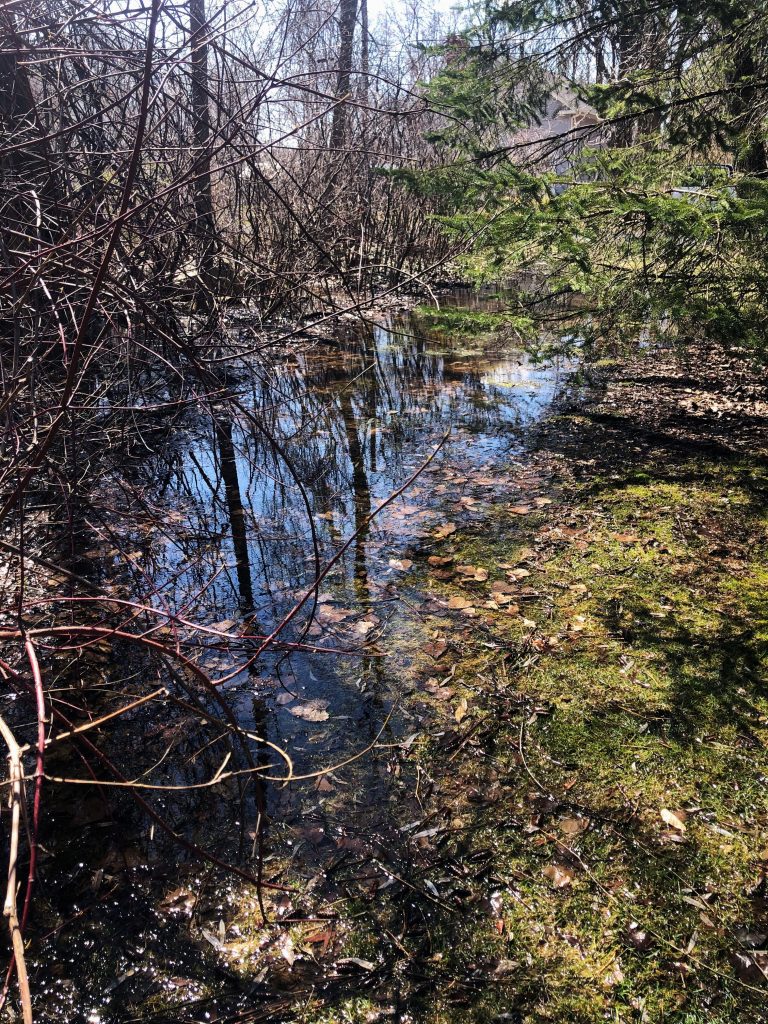 To be considered a real vernal pool, the area must meet a few criteria: it must have no obvious entrance and exit point for the water (so it’s just sitting there); and it must have the species that rely on vernal pools, such as certain frogs, salamanders and fairy shrimp – either the creature itself or its eggs can be evidence.

Once your pool is certified, certain protections kick in, under the Wetlands Protection Act. If you are thinking of certifying one on your property, make sure you are willing to abide by any resulting restrictions.

So far, my backyard wetland doesn’t show any signs of life, other than the cowbirds nesting in the brushpile.  But it’s early yet, and the nights haven’t warmed up past 40 degrees. I’ll be watching and waiting, just in case a wood frog or blue spotted salamander decides to take up residence in my neighborhood.